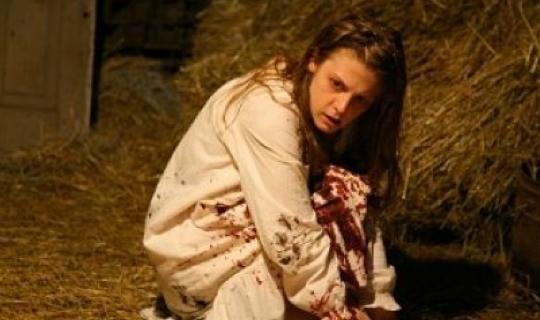 Making a sequel to a film with 'last' in the title invites mockery, and this quickie follow-up to the 2010 'found-footage' horror hit goes further, with ham-fisted CGI fireworks which simply underline the fact that the film doesn't have access to the budget that would allow for even a glimpse of a proper apocalypse. ?The Last Exorcism Part II ?dispenses with the found-footage angle, except when the other girls at the halfway house where troubled heroine Nell is staying discover extracts from the first film's events posted online and upset her by showing them to her.

Ashley Bell, held over from the first film, gives a decent performance, but is stuck in the sort of woman-targeted-by-satanic-evil plot done to death in many ?Rosemary's Baby ?TV knockoffs. Indeed, the basic set-up was outlined by Daffy Duck in ?The Duxorcist ?(1987): 'Did you hear about the girl who didn't pay her exorcism bill? Her soul got ?repossessed?.'

The early stages have a few acceptable shocks and creepy moments - a scene with a sinister living statue works well - but things become utterly ludicrous when Nell consults the movies' least helpful priest in a flyblown church and is ranted at. A voodoo priestess walks into the third act and delivers heavyhanded exposition to set up a chicken-sacrificing ritual that signally fails to solve anyone's problems. An implied end of the world presumably rules out a ?Part III?. Or not.