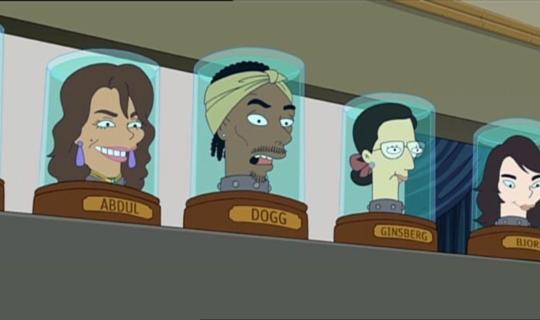 Futurama fans must have been delighted with the recent announcement by FOX TV that there were to be new episodes of the animated comedy series. That delight is likely to be tempered, however, by news that the studio producting Futurama, 20th TV, has been unable to agree pay terms with the show's actors.

It was expected that the original cast, which includes John DiMaggio, Maurice LaMarche, Billy West, Tress MacNeille and Katey Sagal, would reprise their roles in the new episodes. According to the The Hollywood Reporter, though, this may not happen. The trade publication says that 20th TV is going ahead with auditions for new actors.

"We love the Futurama voice performers and absolutely wanted to use them, but unfortunately, we could not meet their salary demands," the studio is quoted as saying. "While replacing these talented actors will be difficult, the show must go on."

Comedy Central and 20th TV announced earlier this summer that they had struck a production deal for 26 new episodes of Futurama. It is still possible that an agreement with the actors will be reached.